Browsing through “Via” (AAA) magazine while waiting for my flat tire to be repaired this morning, I came across an article with photo about the new $470 million Smith Center for the Performing Arts in Las Vegas. 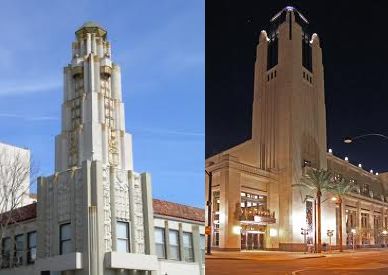 I couldn’t help noticing the resemblance to our beloved Senator Theater in downtown Chico!

I’ve always had a thing for all things Art Deco, and these two structures are fine examples of Art Deco architecture.

The Senator Theater opened in 1927 as a 1,400-seat vaudeville and movie house.  In 1978, the theatre was purchased by United Artists.

Restored in 2001, the theater later reopened as a performing arts center and now mostly functions as a concert venue.  The lobby of the historic theatre is still intact and contains the original murals and chandelier.

The building’s tower was partially removed in the 1990s due to deteriorated condition but was restored to its original grandeur a few years later, thank goodness! 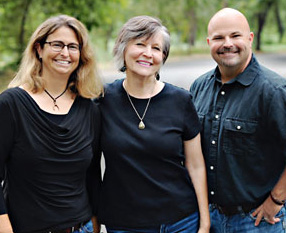